One of the areas of computing in which I expect to see the significant growth within the next decade is the use of the technology called the Blockchain. 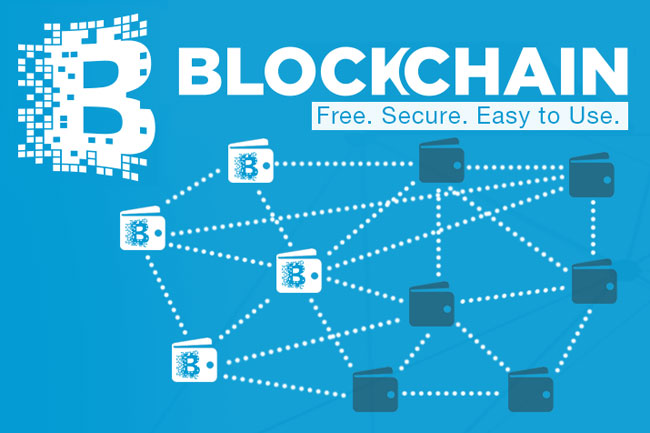 Let me explain why I think the Blockchain has a potential to change how economy, government and business systems functions today.

We’re all using the money to buy our daily necessities such as food or gas. In fact, a typical American spends on average almost $94 a day in stores, restaurants, gas stations and online (“What The Average American Spends Every Day”). That is approximately 28 billion spent daily on goods in the USA alone. It’s a lot of money, but it’s nothing compared to overall trading volumes. According to The Wallstreet Journal, the daily currency trading volumes around the world are estimated at $4 trillion a day (“Currency Trading Hits $4 Trillion”).

Looking at the numbers, it is easy to understand, that all this economic information needs to be not only electronically recorded, but more importantly secured and protected. However, the task is not simple. I’ve realized it just recently when reading the news, in which the National Security Agency’s (NSA) data center claimed to be experiencing almost 300 million hacking attempts per day (“NSA Data Center”). And that’s just one data center.

The security of the trade transactions is an incredibly complex problem simply because of the sheer number of transactions. The world is interconnected and everyone trades with everyone, and while this trading information is in majority of cases hidden from the public eye, it’s also claimed to be securely handled for us by banks, third parties and all kinds of middlemen services. We all collectively trusting these institutions to facilitate our transactions.

The financial sector is, in fact, one of the most vulnerable targets for hackers. A computer security company Kaspersky says in their report, that cybercriminals have stolen up to $1 billion since late 2013 from banks across 30 countries, including the U.S., Russia, Europe, and China (“The banking industry’s biggest cyber fears”).

And this is where the technology such as Blockchain can really help. A Blockchain is a distributed database that maintains a continuously-growing list of data records secured from tampering and revision (“Blockchain (database)”). In the Blockchain, all transactions are logged, including information on the time, date, participants, and amount of every single transaction and each node in the network owns a full copy of the Blockchain. On the basis of mathematical principles, the transactions are verified by the so-called miners who maintain the ledger. The mathematical principles also ensure that these nodes automatically and continuously agree about the current state of the ledger and every transaction in it. If anyone attempts to corrupt a transaction, the nodes will not arrive at a consensus, and hence will refuse to incorporate the transaction in the Blockchain. So every transaction is public, and thousands of nodes anonymously agree that a transaction has occurred on date X, time and why. It’s almost like there is a notary present at every transaction. This way, everyone has a shared single access to a source of truth (“The Bitcoin and Blockchain Technology Explained”)

The Blockchain is truly a paradigm shift. We can easily install thousands or even millions of Blockchain custom units, place them strategically around the world and unless the majority of the nodes agree about the state of the transaction, the transaction will be dismissed (marked as not secure and fail). This is why we would be able to trust the Blockchain in a way that we currently can’t trust banks and other third party institutions.

In my opinion, the benefits of using Blockchain (Internet of Things technology) will soon be realized by the big financial players and later by the general public itself. Within a decade I expect it see Blockchain actively participating in the economic traffic, making it inherently more secure and virtually un-hackable.

We can already see the first services of this kind available to general public and not necessarily tied to money transactions.

To illustrate the point, I want to bring your attention to Ethereum Foundation (ethereum.org). Ethereum is a decentralized platform that runs smart contracts: applications that run exactly as programmed without any possibility of downtime, censorship, fraud or third party interference. These apps run on a custom built Blockchain, an enormously powerful shared global infrastructure that can move value around and represent the ownership of property. This enables developers to create markets, store registries of debts or promises, move funds in accordance with instructions given long in the past (like a will or a futures contract) and many other things that have not been invented yet, all without a middle man or counterparty risk (“Ethereum Project”).

Also check out this post: https://www.comparitech.com/blog/information-security/what-is-blockchain-experts-explain/ – Comparitech interviewed 10 experts and produced an explainer video to answer the question ‘what is blockchain?’

International Business Times. 2016. What The Average American Spends Every Day In Walking Around Money Will Surprise You. [ONLINE] Available at: http://www.ibtimes.com/what-average-american-spends-every-day-walking-around-money-will-surprise-you-1648024. [Accessed 31 July 2016].